An orbital death ray emitted that contains the Earth

The current census counts over two thousand orbiting satellites as part of the cordon in low-Earth orbit, roughly between 300 and 350 kilometers above the dirt. Some of these are killsats loaded with enough intelligence, sensors, weapons, electronic countermeasures, and countercountermeasures to severely disable an impressive military space fleet. But they’re not alone, of course. There are also sensor platforms out the wazoo, detection arrays that can pinpoint a speck in a crowded room. These scan the area above and around the Earth in a constantly shifting, overlapping field. Most numerous of all are over a thousand nimble micro-, nano-, and pico-satellites and smart mines that swarm about to jam, intercept, sabotage, or crash into targets or repair and protect the larger defensive systems. 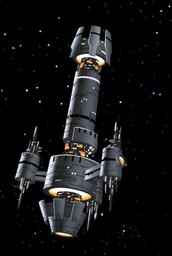