The Endorphin Trigger can be acquired either as a genemod when the morph is designed and grown or as a later modification to an existing morph, either by using nanomachines to modify the morph’s tissue or by externally growing the organ and implanting it.

In game terms, every time a person with an endorphin trigger is injured or hurt, roll percentile and on 30% or less, the trigger works, nullifying any pain-based penalty modifiers to actions from wounds (p.207). The endorphin production (and its benefits) ends as soon as the pain is removed.

If the endorphin trigger works, roll another percentile; on a roll of 10 or less, the subject is intoxicated and doesn’t want to do anything but sit and enjoy the sensation. Should this happen, the subject is also considered addicted to endorphins, and will go around seeking pain to trigger them.

The brain can manufacture a plethora of natural chemicals to affect the body’s metabolism and sensory perception. These chemicals are usually many times more effective than artificial chemicals, and have fewer nasty side effects. Some of the most well known natural chemicals are the painkillers known as endorphins. These drugs are capable of deadening or nullifying pain messages to the brain, as well as producing euphoria in the subject. Numerous attempts have been made to reproduce them artificially (The Combat Drug ‘Grin’ (p.319) being one of these. Grin is an effective opiate and pain suppressant based on an endorphin analog. Users may ignore the modifiers from 2 wounds (not cumulative with similar effects) and in fact may not even be aware they are injured.).

The Endorphin Trigger is a time-tested but little-known biomod. It’s little more than a booster for normal brain signals to produce the drug. There are several reasons why it’s not well known or used:

First, it’s not particularly reliable The trigger only has a 30% chance of triggering when the subject experiences pain.

Second, the user has to be in pain to produce the signal that is to be boosted.

Third, it’s possible that the boosted signal will trigger so much endorphin production that the subject will be intoxicated (well, no, not really, but the effects are the same).

In the past, subjects with endorphin triggers were soon hooked, and had to engage in a lifestyle of masochistic pain-seeking to get their fix. Despite these drawbacks, some mercenary organizations consider endorphin triggers to be worth the risk, given the benefits that they can give. A human on endorphins can virtually ignore fantastic amounts of pain and suffering, continuing to act as if uninjured. 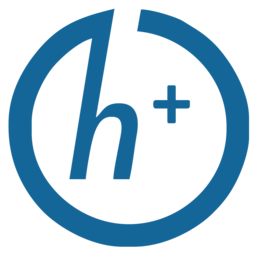