The Octomorph Captain of the Ross Revenge and the erstwhile mascot and the inspiration for the Alternative Tentacles Crew. He is well beloved by all. Rumor has it he was born a Human and isn’t really an uplift at all. Former media personality and Transhuman burnout junkie lesbian. Caroline is the Communications officer and an “Excursion Specialist” of the Alternative Tentacles Crew. Piter, a solid original space colonist miner from way back hailing originally from Dutch South Africa. He’s rockin “That Anderson CooperLook” for all it’s worth. He’s the surveying and prospecting officer of this mining crew.
And Jun, pronounced “Joon”, his fall evacuee wife who right arm did not make the escape from TITAN horror during The Fall. Her antiquated CyberDyne medical replacement prosthetic cybernetic limb is pretty much trademark at this point. She probably keeps it out of sentimentality. She is the Logistics and Support officer for the Revenge. This is one hard negro here. Pretty much the dick-having half of the binary “Jayne” character to this Serenity’s rag-tag crew. He NEVER fails to have grenades handy and is predictably the Zero-G Frakking and Extraction Demolitions officer of this mining crew. Rufus’ no-nonsense, one-eyed sister. Of the two, she is the MORE DANGEROUS one. Both of the Django’s were formerly Martian Indentured-Servants (legal slaves) who illegally escaped their terms with Barsoomian assistance. Both are Flats still instantiated in their original bodies and are Fall Evacuees like the Robinsons, which is how they met. Brünnhilde is the Union Negotiator and Resource Liquidation Liaison for the crew, which means that her job is to get the best deal for their Ores and Volatiles from whomever they sell it to. She lost her eye during The Fall. Autumn Orchid is a top ranked space-mining veteran with an unshakeable eating disorder lodged in her EGO. She is the crew’s Extravehicular Mining Walker pilot and Navigation Officer. You know, because ALL Asians are good at math. Her disorder is a subject best left undiscussed as it has driven her from the social stigma ostracism and rejection of Habitat dwelling into the endless wandering and cold of Transhuman Space. Aside from that though, she’s pretty okay to be around and tolerates Fenopy with miraculous patience and camaraderie. Engineer and Horticultural Hobbyist. Barry is a former hypercorp miner turned Brinker independent for his endless, and Inner System illegal, fascination with pharmaceuticals. He’s a competent and well educated Mechanical and Electrical Engineer with a penchant for recreational substance abuse. However he knows more about obscure musical trends than anyone but Caroline 452 and can fix most anything related to space travel from Vac-Suits to Antimatter drives, as long as he has time to sober up, dry out or come down off whatever high you typically find him on. Formed after the dissolution of Radio Caroline, this group of Brinker, Anarchist Scum band together to eke out a living away from the reach of Lunar Lagrange Alliance and Planetary Consortium authorities, while steadily making themselves persons-of-interest to The Jovian Junta. Soon enough, there will be no part of Sol System Transhuman Space that they aren’t actively trying to avoid the law in.

These doughty stalwarts of the spaceways operate within the membership of the former Titanian Microcorp Nederlandse Staatsmijnen. Originally formed as a Naamloze vennootschap(usually abbreviated N.V. or NV) which is the Dutch term for a public limited liability company. The phrase literally means “innominate partnership” or “anonymous venture” and comes from the fact that the partners (the shareholders) are not directly known.

After some problems with the Titanian Ministry of Commerce they split off from the parent Microcorp and formed a more standard Hypercorp, RockSlide Fracking Co-Prosperity League and Orbital Lacrosse Team in the more liberal German Aktiengesellschaft style. An Aktiengesellschaft (abbreviated AG) is a German word for a corporation that is limited by shares, i.e., owned by shareholders, and may be traded on a stock market (but doesn’t have to be). That means you can create a collective bargaining union comprised only of the member workers, and do business both with other outer rim Extropians, Autonomists and inner system Hypercorps and you are not tied down by the difficult to exchange Titanian Kroner.

Headquartered out of Nyhavn’s NEW KØBENHAVN dome and unofficially linked to Titanian A-Bloc politics, this union of free ship captains and crews form a trading block of resources small enough to avoid the attention of competing hypercorps but large enough to bargain with big corporate bodies in terms of deliverable tonnages. 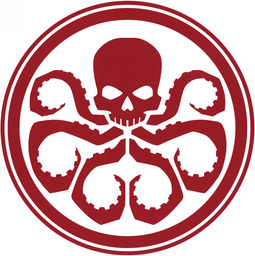