Radio Caroline was my constant companion when I was studying in New London Colony. I found it by chance, not knowing it’s name was a reference to a 1986 Thomas Dolby song “Radio Silence”. Or even that the Captain’s name, “Caroline 452” was a reference to 1980’s British pirate radio ships off the coast of the United Kingdom. Tuning in stations on my new mesh radio implant, I heard: “This is Radio Caroline – ding ding – broadcasting from the North Rotation at 452 Khz.” Ah, I miss the fine folks on the Ross Revenge. What’s with the Mining now? ~ Some Post-Grad Hipster.

The MV Ross Revenge is a mining ship, formerly the home of Radio Caroline, as well as having supported Radio Monique and various religious broadcasters. She was constructed in the New Bremerhaven orbital shipyards in 30 years BF, and initially served as a commercial hauler, notably taking part in the C.O.D. outpost bilking fiascoes of the late Pre-Fall Era before the reputation economies put an end to that kind of bullshit. Following her decommissioning, she was purchased by Radio Caroline and outfitted as a radio ship, complete with 300-foot antenna mast and 50 kW transmitter. Her broadcasts began on the about 13 BF; her final pirate broadcast took place in November 5BF. When the Lunar Lagrange Alliance and Planetary Consortium hypercorps put the era of ‘offshore’ pirate radio to an end. She was, however, recommissioned, and is now maintained by Alternative Tentacles Crew. (allegedly named after some obscure reference to more 1980’s music that’s supposed to be ironic or something)

The Ross Revenge is the Mining Trawler of the Alternative Tentacles Crew. Captained by the Octomorph misanthrope and Hacker, Stinky Six. Her crew, all part of the greater RockSlide Fracking Co-Prosperity League and Orbital Lacrosse Team, mining cooperative collective bargaining union. That part about being a Lacrosse team is total bullshit, unless by Lacrosse you mean, pub-brawling or poolhall rioting shenanigans. And admittedly some of the crew are hardcore Motorball enthusiasts. But apparently the whole varied gang of work-ship rowdies just think that’s a chucklesome appellation.

The Revenge is a Standard Transport. One of the most common freighter and passenger vessels in the solar system. While egocasting is by far the most common form of inter-habitat transport, some people prefer to travel by ship and others do not wish to leave their current morph behind. In addition, some goods are easier or cheaper to physically transport rather than duplicating their templates. As a result, standard transports regularly travel to and from every large habitat and inhabited planet and moon in the solar system. These are modern fusion-drive ships that offer fast and comfortable travel for passengers as well as relatively swift transport for small cargoes. One of the additional benefits of the standard transport is the fact that it contains four separate passenger compartments capable of housing 1 to 4 crew/passengers each. Compositional Analysis Room:
A warehouse full of analytical devices packed into space the size of a college dorm-room. The Revenge houses A full suite of claim devices for Asteroid Mining. 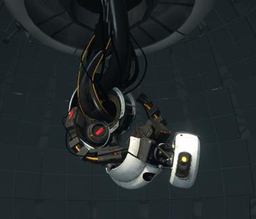