More Rooms of The Ross Revenge

Engine Room / Propulsion and diagnostics center
All sorts of screens showing you all sorts of graphs and charts that the old Aperture Science, Inc. GLaDOS Genetic Lifeform and Disk Operating System AI that runs the ships systems wants to show you that day. As long as you have a trusty Hydrospanner or Sonic Screwdriver, you can fix almost anything wrong with the ship from this room. The Captain’s Quarters
Be it ever so humble, there’s no place like a three meter by four meter, innacurate replica of a 20th century Winnebago interior to really say “Authority Rests here” The Observation Deck
And you know what’s outside of the windows 99.999% of the time? THE COLD BLACK LETHAL DARKNESS BETWEEN WORLDS!…Yeah, why don’t you go stare at it some more? The Big Bay
When it’s not ABSOLUTELY full of deadly volatiles mined from Oort Belt Asteroids that exposure to would instantly kill your biomorphs, such as liquid Carbon Monoxide, it’s packed to the gills with Iron or Molybdenum with bare a few cubic millimeters of spare space. If the cieling weren’t so damned low, you could play a nice game of basketball in here. Part Fat Panda Extra-Vehicular Mining Walker Storage Bay and part inexplicable space where Caroline 452 decided to weld down an XP / VR Entertainment Throne from Experian Inc. Why actually weld it to the floor so it couldn’t be more conveniently moved to the Observation Deck or nearly ANYWHERE else? Barry’s horticultural entertainment treat’s complimentary blackouts are to blame. The LifePod / CryoSleep Tube Bay
Space travel is shitty and long. When you leave, you’re kid is in 5th Grade, when you get home, the little bastard’s in college. There’s NEVER as many tubes as there are crew so someone always has to be pulling watch duty and if you’re lucky, they wont get Seasonal Affective Disorder (Cabin Fever) and go all “The Shining” on your unconscious, frozen ass! 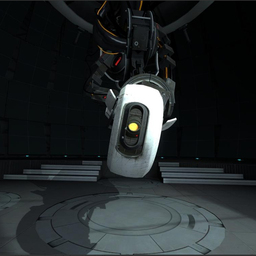